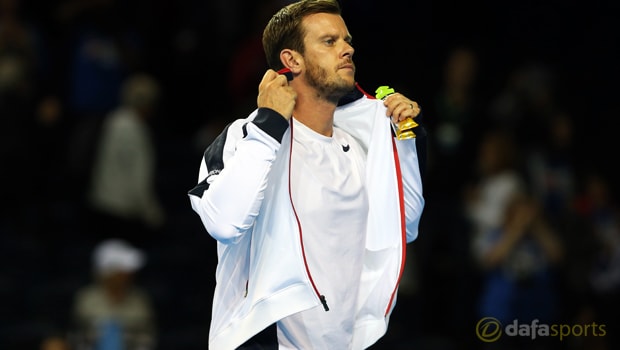 Great Britain Davis Cup captain Leon Smith believes the momentum is with his side as they will take a 2-1 lead into the final day of their first round match against Canada in Ottawa.

The victory means Britain only need to win one of Sunday’s two singles matches to progress through to the quarter-finals, with Dan Evans set to take on Pospisil in the first rubber of the day, before Kyle Edmund faces off against Denis Shapovalov.

The winners of the tie will face France in the last eight of the competition, and Smith believes the momentum is with his side, although he knows they are far from assured of their place in the next round.

Smith said: “There’s still a lot of tennis. We’ve been in these situations before.

The good thing is it gives you two cracks at it and gives everyone a lot of confidence.

“It does feel good going into the team room, it feels like the momentum is with you, and we’ve got two very good players that we can prepare for Sunday.”