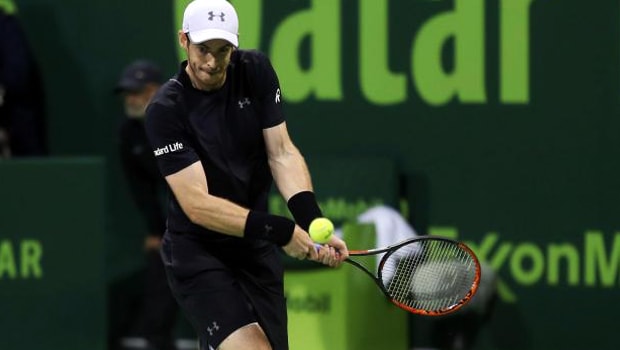 Sir Andy Murray will face Novak Djokovic in the final of the Qatar Open after securing a 6-3 6-4 victory over Tomas Berdych in the last four on Friday.

The world number one needed 1hr and 41mins to see off his Czech opponent and secure his 28th consecutive victory on the ATP Tour.

The 29-year-old is yet to drop a set in Doha and admits the tournament has already been the perfect preparation for this month’s Australian Open.

“I want to try and keep it going – I feel a little bit like this year’s a fresh start,” he told Eurosport.

“It’s been the perfect week to get ready for the Australian Open.”

Murray’s reward for progressing through to Saturday’s final is a clash with old foe Djokovic in what will be the first meeting between the two players since the Brit secured a victory in the World Tour Finals in November, a result that meant he ended the year as world number one.

Djokovic’s journey to the final has been far from smooth as he needed to save five match points before eventually beating Fernando Verdasco 4-6 7-6 (9-7) 6-3 in his semi-final clash.

The Serbian conceded that he was lucky to still be in the tournament as he bids to defend the title he won 12 months ago.

“It’s definitely one of the most exciting matches I have played,” Djokovic said. “I haven’t saved five match points many times. He should have finished it off.”

Murray is available at 1.60 to secure a victory in Saturday’s showdown while Djokovic is priced at 2.20.