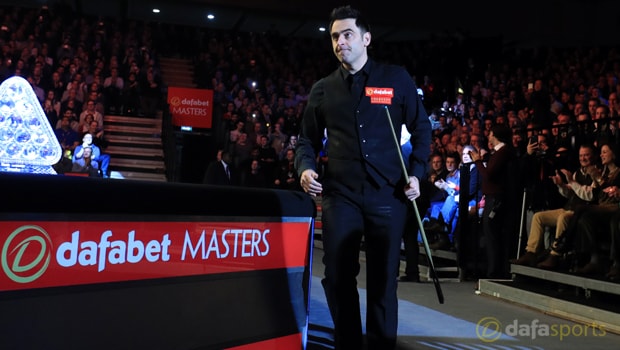 ‘The Rocket’ is seeking a record-breaking seventh Masters title in London this week but he says the manner of victory is every bit as important to him as the trophies and records he will have to show when his career ends.

Now 41 and ranked 13th in the world, O’Sullivan feels he has a duty to entertain those that come to watch him play and that he takes enormous pride in how he has managed to achieve that, particularly in recent times.

“I want to try to win playing an exciting, aggressive and attacking game. It is OK to win, but I want to win with style,” he told BBC Sport.

“I think I have done that over the over the last five or six years. I have put on some magnificent performances – performances I am very proud of.”

Achieving a Masters milestone would be nice, says O’Sullivan, but he insists his main motivation is simply to win this title, this week.

With an elite 16-man field assembled for the invite-only event, O’Sullivan says winning the Masters has often come easier to him as his focus intensifies knowing ‘you are playing against the best players’ in the game.