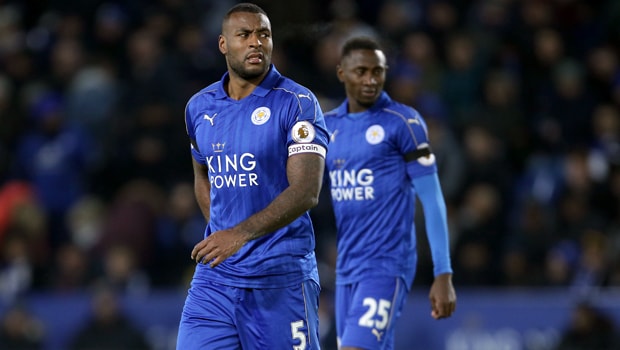 Leicester City captain Wes Morgan has called on his side to move on from their loss at Southampton as they bid to progress in the FA Cup.

The Premier League champions went down 3-0 at St Mary’s on Sunday and defender Morgan concedes they were nowhere near their best on the south coast.

The Foxes return to action on Friday night when they face Championship promotion hopefuls and East Midlands rivals, Derby County, and Morgan has urged his side to bounce back with a victory.

“We’re trying to find the answers and in the last third when we attack, it’s the vital passes that make the difference,” Morgan told LCFC TV.

“Southampton had that and we didn’t, so we need to go back to the training ground and work hard to continue to try and improve.

“It’s always difficult to just forget the result, but that’s what we’ve got to do. We need points and we need to move up the table.

“We’ll dust ourselves off now and look forward to the next game.” Leicester are 2.80 to see off the Rams in the FA Cup on Friday evening, the draw is 3.20 while Derby can be backed at 2.50.

The King Power Stadium outfit are just five points clear of the Premier League’s bottom three ahead of their next league clash, a trip to Burnley on January 31, and the current champions are now priced at 11.00 to be relegated this season.