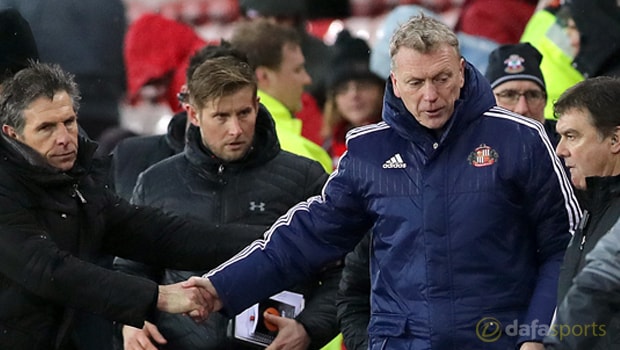 Sunderland manager David Moyes insists his side missed a big opportunity to climb out of the bottom three after losing 4-0 to Southampton on Saturday.

The Black Cats, 1.25 to be relegated, were the better team for the first 20 minutes but failed to convert any of their chances.

However, Claude Puel’s Southampton side then found their rhythm and January signing Manolo Gabbiadini scored twice before the break.

Sunderland were unable to fight back and an own-goal from Jason Denayer and a late strike from Shane Long secured a comfortable win for the Saints.

After beating Crystal Palace 4-0 last time out, Sunderland were hoping to build on that win and then climb out of the bottom three but Moyes admits his side need to start stringing results together.

He told BBC Sport: “We didn’t play well, not as well as last week. We made some defensive mistakes.

“We had a great chance to maybe move out of the bottom three had the games gone for us, but unfortunately it didn’t fall for us. Southampton themselves had fragile confidence, but they got a goal off their centre-forward’s arm.

“We played okay without creating too many clear-cut opportunities, and the more attacking changes we made the worse we became. Southampton have this season mostly been very good, and they’re certainly a very good passing team.

“This is a game gone and the games are running out. We have to win some if we have a hope of staying up, simple as that.”