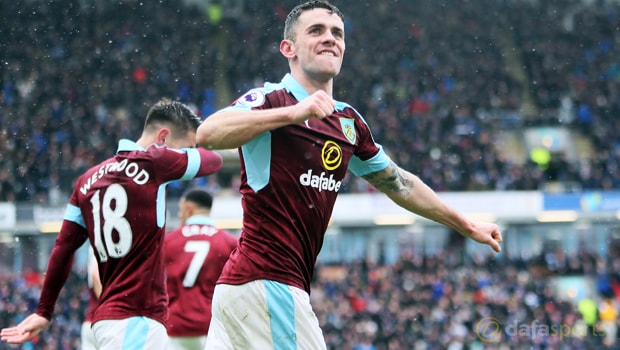 New Burnley midfielder Robbie Brady has told the club’s fans there is plenty more to come from him, despite his spectacular goal against Chelsea last weekend.

The Republic of Ireland international made his full home debut on a day to remember as he helped earn the Clarets a share of the points.

Chelsea forward Pedro had opened the scoring but Brady curled home a stunning free-kick in the 24th minute to give his side something to cheer about.

The result helped the Clarets move up to 12th in the Premier League table but Brady insists the hard work starts now.

He told the Burnley Express: “The lads were fantastic, it just shows exactly what they’re about.

“The work rate is definitely different. It’s well drilled but it appealed to me from the first conversation I had with the manager.

I want to work hard and I’m looking forward to showing it in the next few weeks.”

Brady will be hoping to play his part in the club’s next clash against non-league Lincoln City in the FA Cup fifth round this weekend, but manager Sean Dyche may decide to rest him.

The former Norwich man is expected to start against Hull City on February 25, with the Tigers the current favourites.