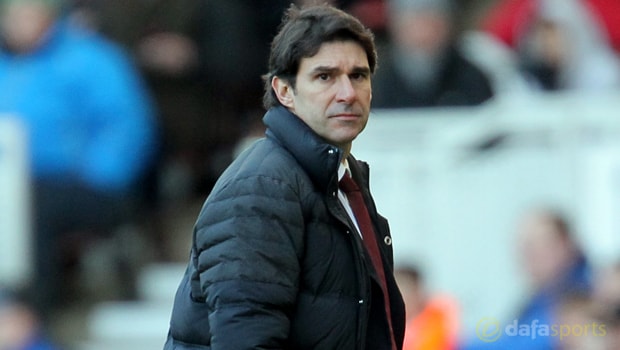 Middlesbrough manager Aitor Karanka has revealed he is hopeful of agreeing a loan deal with Paris Saint-Germain for forward Jese Rodriguez.

The 23-year-old joined the French champions last summer in a £21million from Real Madrid after struggling to earn regular football at the Santiago Bernabeu.

The Spaniard is a product of Real’s youth academy and netted 13 times in 63 appearances for their senior team after earning his debut in 2011, although they mainly came from the bench.

Former Los Blancos boss Jose Mourinho was the man to give the forward his first senior appearance for the club during a time when Karanka worked as his assistant.

However, Jese fell down the pecking order following their departures and was subsequently moved on by Zinedine Zidane over the summer.

Jese has made just nine appearances, scoring once, for PSG since agreeing a move and boss Unai Emery admitted the youngster needs a loan move to further his development.

Karanka has made no secret of his desire to add to his squad in January as he looks to ensure the club remains in the Premier League.

Boro are the lowest scorers in the top flight and Karanka insists he will do everything possible to convince Jese to head to the Riverside.

Karanka said: “Jese Rodriguez is a player I have worked with and I know how good he is. “His next move is important and I hope we can convince him.”

Middlesbrough are priced at 2.50 to pick up a win on Saturday when they welcome West Brom, who can be backed at 3.00 to take all three points, while the draw is available at 3.00.